With nine clean sheets in their last 11 games, Ole Gunnar Solskjaer’s side are much improved at the back and have impressed the treble winner

Manchester United’s improved defensive record is down to Ole Gunnar Solskjaer giving the back line time to gel together, according to former defender Wes Brown.

Earlier in the season the Red Devils couldn’t buy a clean sheet. Despite the arrival of Harry Maguire from Leicester City in the summer, Solskjaer’s side were leaking goals and managed just nine clean sheets in all competitions from the start of the campaign up until Christmas.

But the club’s recent run of good form has seen them go on an 11-game unbeaten run, their longest since Solskjaer was caretaker manager, and during that period they have kept nine clean sheets.

“It has just started to click because they been given time. Lindelof and Maguire have been brilliant,” Brown told Goal. “It has taken time but that was always going to be the case and I think they have done well.

“[Aaron] Wan-Bissaka is doing exactly what I thought he would do, he is a great defender and he’s improving all the time with his attacking skills.

“And then there’s [Luke] Shaw and [Brandon] Williams who have good competition between each other which is pushing them both on.”

The Norwegian prefers a partnership of Victor Lindelof and Maguire but has other options available. Eric Bailly impressed again in the 5-0 win against LASK in Linz on Thursday night in what was his fourth appearance following a return from injury. Axel Tuanzebe, meanwhile, is back in contention after a couple of spells on the sidelines.

“You’ve got Bailly coming back now. He was brilliant against Chelsea and has had another couple of good performances so it will be interesting to see whether the manager gives him time to see what he would be like with Maguire,” Brown said. “Having more players coming back is going to give some healthy competition at the back and I’m sure there’s going to be time to see different partnerships in the future.” 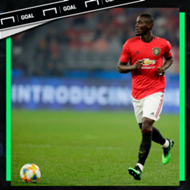 One thing Brown isn’t sure on is whether the club should be looking to strengthen at the back again when the transfer window opens in the summer. Solskjaer is looking to bring in a number of players, with a midfielder and a forward top on his list of priorities, but earlier in the season there were many suggesting Maguire needed a better centre-back partner if the club were to push back to the top.

“I don’t necessarily think that’s the right thing to do. I don’t mind players coming in if they’re going to improve the squad but, in general the defence has been pretty good this season,” Brown said speaking from Marriott Hotel’s Seat of Dreams at Old Trafford.

“You always want to improve. So if there are players that the manager likes and they’re available and they fit in the team then I don’t see a problem in that but I don’t think it’s necessarily needed in defence.”