There has a been a breakdown in communication between player and club, thanks in no small part to the actions of his agent Mino Raiola

Manchester United are currently expecting Paul Pogba to leave this summer but there are a number of complications that could force a compromise from the player and his agent, Mino Raiola, which may even see him sign a new contract.

The 26-year-old midfielder remains out of action after his decision to undergo surgery earlier this winter. He only this week made his return to training at Carrington after working out alone in Dubai while the first team squad spent their winter break in Marbella.

Just before United played their first post-break game against Chelsea on Monday evening, Pogba’s agent launched an attack on manager Ole Gunnar Solskjaer. There was a further exchange between Raiola and Solskjaer in the media in the following days, and Pogba did not speak out to condemn his agent or defend his manager.

Even before Raiola’s outburst, United had privately accepted the likelihood of the player’s exit this summer, and they anticipate that he will join either Real Madrid or Juventus; both sides, like United, are kitted out by Pogba’s personal sponsor Adidas.

However, United’s executive vice-chairman Ed Woodward is unwilling to sell Pogba at a loss. The World Cup winner cost United around £89 million ($115 million) when he was signed from Juventus in the summer of 2016. Woodward is aiming to secure £150 million ($195 million) on any sale, but could compromise on a figure closer to £130 million ($169 million). The club consider Pogba to be an extremely marketable commercial asset regardless of his performances – or lack of them – on the pitch.

But it is what is happening off-field which may hamper his wishes of a speedy exit. Real Madrid are said to value Pogba at just £50 million ($65 million), and Juventus would drive a hard bargain too. Pogba’s early form for United saw him regularly benched and at odds with former manager Jose Mourinho. He was resurgent under Solskjaer during the Norwegian’s first season, but he has barely featured due to injury this campaign – playing just eight times so far.

Given United’s desire to maximise his value in any sale, with Solskjaer content to sell as long as he receives adequate funds to find a replacement, Raiola’s positioning sets him up for a battle. The superagent may prefer his client to leave at a knockdown price, but this in turn could create a new stalemate.

United, as things stand, are set to go without Champions League revenue next season, which would make any transfer fee received essential in their plans to add a striker and Jack Grealish to the first team squad. They can’t afford to let Pogba leave on a reduced fee and continue Woodward’s rebuilding strategy, which may explain why Solskjaer has decided not to take Raiola on so emphatically with statements to the press. 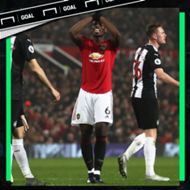 Real Madrid and Juventus are increasingly looking to find long-term value from their recruitment strategies and Pogba has done little to convince scouts of his worth. There are other more compelling targets, such as Kylian Mbappe in the case of Madrid.

This may change however if Pogba can recreate his 2018 World Cup form in this summer’s European Championship. That is far from guaranteed though, especially if Bruno Fernandes is able to add to the creative process for United. There would be less need for Solskjaer to accommodate Pogba’s desire to develop his fitness ahead of the tournament.

These complications may be why rumours of a new contract, even mentioned by Raiola, have not gone away. For United, it would protect the resale value on a player who has two years remaining on his current deal. For Pogba and Raiola it would be some kind of compensation for not being granted the move he has seemingly desired for two seasons.

How this situation develops over the next six months remains uncertain.