Perth Glory’s first taste of the Asian Champions League has ended on a sour note after FC Tokyo scored an 82nd-minute winner to secure a 1-0 victory in Japan on Tuesday night.

After a first 45 minutes of few clear-cut chances, Tony Popovic’s side threatened to open the scoring in the second half with Bruno Fornaroli and Ivan Franjic both going close for the visitors.

As Glory pushed for a winner, FC Tokyo caught the Australian club out in the dying stages as Brazilian attacker Leandro curled home a brilliant effort from the top of the box with less than 10 minutes remaining.

The 1-0 scoreline reflecting what was a very tight match that could have gone either way with both sides only managing three shots on target between them.

Perth were also forced to deal with a Tokyo side that were far from hospitable on the pitch as they conceded 16 fouls to Glory’s five, with Popovic’s men remarkably shown the single yellow card handed out across the entire 90 minutes.

Having arrived in Japan on a nine-game undefeated run in the A-League, Perth were somewhat unlucky in defeat as they were taught just how tough the Asian Champions League can be. 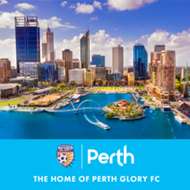 Despite beginning their campaign with a loss, Glory showed some positives signs on the pitch and with a coach that has won the competition before, they should be backed to bounce back.

“Sometimes in football, as a coach, you can walk off the field and accept that the other team is better and you weren’t able to win the match, but I think tonight, that was not the case,” Popovic said post-match.

“We deserved more from the game. For a team that has never played in the Champions League, I thought we put on a very good performance away from home and deserved something from the match.

“We’re a little bit disappointed, which is also a good thing because we know that we competed very well with an excellent team and showed that we’re a good team tonight.”

Perth Glory next face Brisbane Roar and Newcastle Jets in the A-League before facing Ulsan away in their next Asian Champions League clash.

Ulsan drew 1-1 with FC Tokyo in their opening game with the Tigers finishing second in the K-League last season.